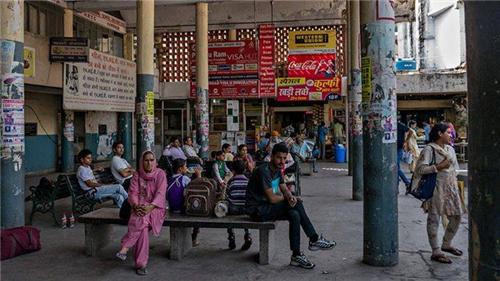 While discussing the transport in Hamirpur it is important to note is that the town does not have any direct rail or plane connection. The nearest railhead is Amb, which is 70 Km away from Hamirpur. One can also avail the same facility from Una, located at a distance of 80 Km. Both these towns are part of Una District. To catch a plane, one has to go to Gaggal in Kangra. This airport, also known as Kangra Airport or Kangra-Dharamshala Airport, is located at a distance of 83 Km from Hamirpur. However, there are frequent bus services between Hamirpur and Una/Amb in one hand and Hamirpur and Kangra on the other. In addition, taxis ply regularly between the above mentioned points. In short transportation in Hamirpur is mainly carried on through its excellent network of road transport.

However, we all know that good network of roads is a prerequisite for effective road transport system. Happily, Hamirpur does not lag in that. There is indeed a network of all-weather roads connecting Hamirpur not only with different parts of the state, but also with neighboring states such as Delhi, Punjab, Uttarkhand, Jammu and Kashmir etc. Consequently, transportation of goods as well as passengers in Hamirpr can be carried on through its road transport system without any hindrance.

Himachal Pradesh has 12 state highways covering a length of 1552.590 km. Of them, two run through this district. HP SH 32 runs from Una to Mandi crossing Hamirpur in the midway, while HP SH 39 runs from Hamirpur to Maranda crossing Sujanpur and Thural in the midway. Therefore transportation of goods as well as passengers can easily be carried on through its efficient road transport system. Read More, Here.

On the other hand, the state plays an important part in the passenger transport sector. Most of the buses plying through Hamirpur are owned by Himachal Road Transport Corporation. It is a state government undertaking, which runs a fleet of well maintained buses at a reasonable rate. Some of these buses run within the boundary of the state while some others travel beyond the borders of Himachal Pradesh to places such as Delhi, Amritsar, Ludhiana, Chandigarh, Jalandhar etc. Apart from the HRTC buses, more than 100 private buses also run on various routes.

The Bus Stand at Hamirpur

Then again, some of these buses originate at Hamirpur while greater a number of them just pass through this town stopping to pick up passengers from the town’s old bus stand. This bus terminal, constructed in 1980, occupies an area of 4762 sq m and can comfortably hold 45 buses. Located in the heart of the town, this bus terminal has many hotels and restaurants in close vicinity. However, with the increase in traffic movement, the place now seems too small. There is now a plan to build a bigger bus stand with more modern facilities.

Taxis also play an important part in the transport system of the town. On an average there are more than three hundred taxis plying in different routes. There are two official taxi stands; one is located near the bus terminal and the other is located near the Zonal Hospital. However, one can also find taxis parked in various other places and hence getting a taxi is not at all a problem in Hamirpur.

Transportation of Goods in Hamirpur

For Hamirpur transportation of good is as important as passenger transport system. Because the town is located in a hilly terrain no major crops except wheat and maize are grown here. Moreover, the area is also devoid of any major industry. Consequently, all items of daily requirement have to be imported from outside. Transportation of goods to and from Hamirpur is mainly carried on through private trucks operators. One can see trucks and lorries of various capacities lined up near the wholesale markets in places such as Pacca Bharo on NH 88. Pick up vans also play a significant role in transportation of goods in Hamirpur.