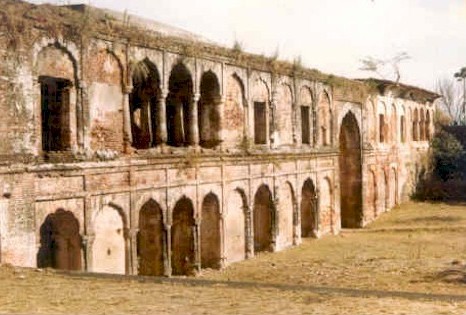 Originally this small hamlet on the bank of River Beas was known as Sajjanpur – a place where sajjan, which means good and honest people, lived. Indeed, since time immemorial, people of all caste and creed lived here in harmony.  When Katoch king Raja Abhoy Chand built a fort on top of an adjoining tira or a hillock, it began to be referred as Sajjanpur Tira. Over the passage of time the name changed into Sujanpur Tira.  Today, it is a subdivisional town in the Hamirpur district of Himachal Pradesh.

We do not exactly know when the settlement at Sujanpur was first established. It is may be that an organized township came up once the fort was built. At the same time, it could also be that the town was already in existence when Raja Abhay Chand Katoch decided to build a fort on top the tira. There is also an ambiguity about the year of construction of the fort. A plaque at the entrance of the fort says that it was built in 1750. However, another school of thought puts it at 1748. 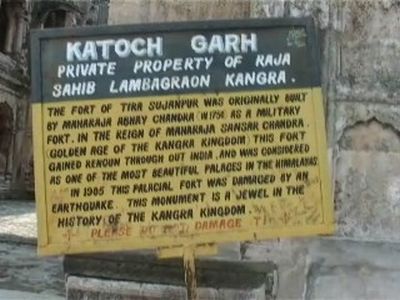 Nonetheless, it is certain that the king was not being whimsical when he chose this site for an additional fortress. May be he could foresee the advent of Mughals and felt that a safer haven must be built before it was too long.  However, the actual development of the township as well as the fort took place under Raja Sansar Chand II. He reigned over the area from 1765 to 1823. Although he freed the fort at Kangra from the clutches of the Mughals, he made Sujanpur Tira his capital and ruled his ever expanding kingdom from there.

However, the importance of the fort decreased with the decline of the Raja Sansar Chand. Yet, the palace stood with all its glory until a devastating earthquake destroyed it in 1905. Nonetheless, the ruins that stand today give a fair idea about the past glory of this palace.

The Decline of Sujanpur Tira

Because rulers in India were not very keen on keeping recorded history, many discrepancies can be found in their stories, which in turn give rise to many interesting tales. One of them tells us why the Katochs had to abandon Sujaanpur Tira and shift to Lambagraon.

It is said that, one of Sansar Chand’s Dogra courtiers asked him for a loan for his daughter’s wedding. For some reason or the other, the king refused to comply. The courtier had served the king faithfully for many years and so he could not stand this refusal. Disheartened, he committed suicide and cursed that Katochs would never be able to rule on the left bank of River Beas.  True enough, Sansar Chand had to leave not only his fort at Sujanpur Tira, but also all other forts located on the left bank of the river and ultimately settle in Lambagraon.

However, if you go through the history of Hamirpur and Kangra, you will find that after Sansar Chand lost the Second Battle at Mohol Morian near Hamirpur, he escaped to Kangra. The Gorkhas chased the retreating king and lay siege on the castle for three long years. Ultimately, Sansar Chand beat his enemies with the help of Raja Ranjit Singh of Punjab, in lieu of which he had to surrender all that was virtually his.  In return, he received Lambagraon as appanage and lived on the revenue he received from that estate. It may sound coincidental, but the fact is that Lambagraon is located on the right bank of River Beas.

The Chaughan that remains green all through the year 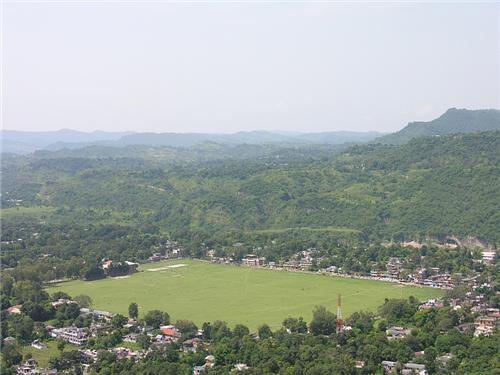 Sujanpur Tira, located on the bank of River Beas in Hamirpur district, is a major tourist spot today. It is also a subdivisional town with all modern amenities. From the beginning, the town had been built around a big choughan. In Pahari language the word refers to a ground that remains green all year round. The choughan originally covered an area of one square kilometer, but now a part of it has been taken over by the Ministry of Defense. Even now it is big enough to hold the internationally famed Holi Mela that the Government of Himachal Pradesh organizes every year.

The Layout of the Town

As we have already said, the town is spread around this choughan. The interesting fact is that, each side the choughan was occupied by a specific caste. For example the merchant community had their homes located on the river side; maybe that is because they depended much on the river to ply their trade. The Kshatriyas lived in the opposite direction at the foot of the hillock. The Brahmins lived on their right and the working community lived on their left. However today, this practice is on the decline. People no longer bother much about caste and creed. 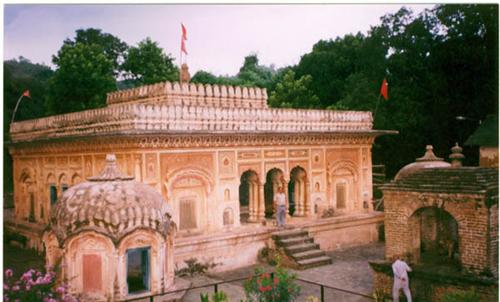 Beside residential quarters, two famous temples are also located on the two sides of this choughan. Among them Murli Manohor Temple, which is also known as Bansiwala Temple, is located on its left side and the Narvdeshwar Temple is located on the river side. The later is dedicated to Lord Shiva and Goddess Parvati.  Since it has been left unscathed by the devastating earthquake of 1905, Pahari frescoes that decorated its walls since its inception can still be seen. The Murli Manohor Temple too has beautiful frescoes depicting Radha, Krishna and other Gopis on its walls. Other than these two temples, Vyasheshwar Temple built in the memory of Wrishi Vyash and Chamunda Devi temple are also worth a visit.

The fort that overlooks the Choughan

As we have already said, the fort at Sujanpur was built on top of a hillock. Although most of the structures have been destroyed by the earthquake, the Barahdari Hall, where Raja Sansar Chand used to hold his court still stands erect. It is also visible from the choughan. Another structure that escaped the ravage of the earthquake is a huge tank that had been constructed for supplying water to the town. The above mentioned Chamunda Devi Temple is also part of the fort. However, the ruins that lie scattered also have stories to tell. They not only indicate the splendor of the past, but also tell us how artistically inclined Katoch kings were. 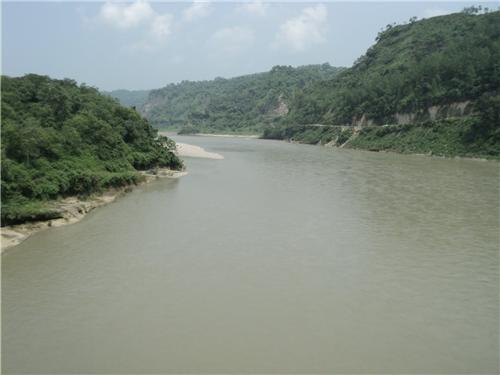 Sujanpur Tira is a paradise for those who love to pursue different types of adventure sports. The hills here are perfect for paragliding while the River Beas offers scope for white water rafting as well as angling. As in rest of Hamirpur district, Sujanpur Tira is also a perfect setting to start on a trekking or camping expedition.

How to get to Sujanpur Tira

Sujanpur Tira is well connected with rest of Himachal Pradesh through a network of roads.  Hamirpur, the district headquarters, is a located at a distance of 24 Km, while Palampur is 35 Km and Dharamshala is 120 Km away. It is also connected to Una and Kangra through network of roads.  Maranda near Palampur is the nearest railway station; however, to avail broad gauge services, one has to travel to Una. More than 250 buses pass through this town in the course of the day. Sufficient number of taxis is also available. Therefore, whichever way one may choose, transportation is never a problem.