Hamirpur, located on NH88, is an ancient township surrounded by a vast agricultural belt. It is believed that the town derived its name from King Hamir Chand who ruled at the end of the 17th century. Since then the town has seen many ups and downs. However, the real growth began once Hamirpur was carved out of Kangra and the town became the headquarters for newly established Hamirpur district. However, the growth that took place over the years was rather haphazard.  Such random expansion was enhanced manifold to meet the demand of rising population. 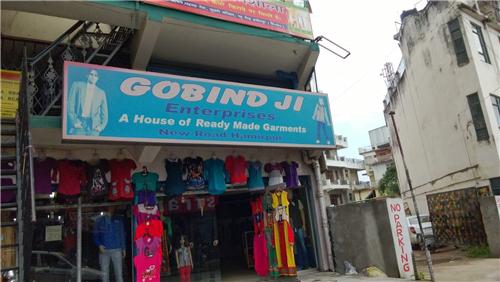 According to a survey conducted in 2002, there were 2610 shops selling various kinds of commodities across the Hamirpur Planning Area. Incidentally, such an area consisted of the Hamirpur Municipality and surrounding villages,. Today however, the number has increased manifold. Although most new shops are being opened along the NH88, the majority of the established shops are located in the Main Bazar area.

The Main Bazar of Hamirpur

The Main Bazar is the original market area of the town. It is somewhat circular in shape with narrow lanes and by lanes. Once upon a time it catered to the need of the whole region. Today, the area is overcrowded with rows of shops selling a wide range of products such as cloth, medicines, groceries, general merchandise, eatables etc. Since the width of the road here ranges from three meters to seven, heavy vehicles are not allowed in this area. Although the market is accessible by light vehicles, people prefer to go on foot.

The New Market on the Hamirpur Highway

The market at the highway also houses many retail shops. Among them, the shops selling the eatables are most prominent. Apart from that, this area also houses wholesale shops selling hardware and grains. Since most shops do not have individual parking spaces, loading and unloading of goods often take place on the public space. Stored materials too encroached on the public road and this often causes traffic congestion and harassment for the passersby. However, the authorities are aware of such difficulties and hence it is expected that the problem will be solved very soon.

Shops in other areas of Hamirpur

Of course, shopping is not restricted to these two spots only. For instance, there is one Upper Bazar near Gandhi Chowk. Besides, shops selling various kinds of goods have also opened up in the vicinity of Hamirpur Bus stand. In fact, in Hamirpur, every small and big neighborhood has its share of shops selling essential items. Service centers also account for a big chunk of these shops.

If you are a Tourist in Hamirpur

If you are a tourist looking for something to eat, there is no dearth of shops selling eatables. Apart from established restaurants, there are a large number of Halwais, tea stalls and dhabas. If on the other hand, you are looking for souvenirs, there is no dearth of such items either. Indeed, Himachal Pradesh is famous for its arts and crafts; Hamirpur is not really an exception to the rule.

What to buy from Hamirpur

Woodwork, metalwork, leather embroidery, carpets, woolen shawls, caps etc. are some of the more famous handicrafts produced in Himachal Pradesh. Although many of these products are hallmark of colder areas such as Kullu or Lahul Spiti, one may also buy them from Hamirpur.

However, if you are looking for something local, you can look for embroidery works made by the Pahari women; they have been creating magic with their fingers for centuries on. Besides, wood and bamboo products are hallmark of this region. Miniature paintings of the Kangra Valley may have originated here. It is said that, Raja Sansar Chand, who lived mostly in his fort at Sujanpura near Hamirpur was the main patron of this art.