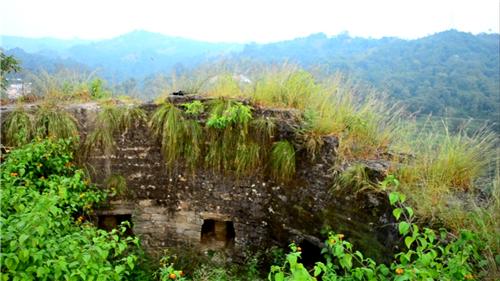 Although its official name is Mohal Morion, most people in Hamirpur refer to it simply as the Fort. Some also call it Castle Morian. However, all these names refer to the same fortress that now lies in ruins close to Hamirpur town. Very few tourists go there; those who do come back with rich experience.

However, the truth is, this abandoned fortress rouses different feelings in different people. If you expect to find something akin to the Kangra Fort, you will be highly disappointed.  If on the other hand, you are fond of the heroic tales of kings who fought fierce battles; this is the place to go.  Therefore, before we embark on an expedition to this ruined fort let us peek into the history of Hamirpur. One cannot deny that the history of this castle is closely interlinked with the history of not only the place, but also the Katoch dynasty.

It is said that the Katoch King Hamir Chand built this castle during his reign (1700-1740 AD). Another school of thought suggests that while the name of the town is derived from Hamir Chand’s name, the actual builder of this fort was his descendent Raja Sansar Chand II (1765 – 1823).

Let us however go further back. Katoch kings have been ruling over this land since the Mahabharata days. During that time, the area was known as Trigarta and present Jalandhar was part of their kingdom. Sansar Chand was a benevolent king who undertook many welfare schemes for the benefit of his subjects. However, he was also an ambitious king who wanted to expand his kingdom and take it back to its past glories. Although he made Sujanpur Tira his capital, the fort at Hamirpur was also an important part of his plan.

According to the hearsay, the fort at that time was three to four storeys high.  One can imagine, the place was full of brave soldiers always ready for a fight. Alarmed by Sansar Chand’s expansion plans, the local chieftains invited the Gorkha king of Nepal and with his help tried to resist his progress. A fierce battle was fought from this very fort and subsequently, the Katoch king was able to destroy his enemies. However, the victory was only short-lived.

At that time, Ghulam Mohammed was the General of the Katoch army; on his advice, Sansar Chand replaced his regular troops with the men from Rohilla tribe. Before he could train his men, his enemies attacked him once more. The Second War of Mahal Morion went in favor of his enemies. Sansar Chand was forced to leave the fort at Hamirpur to take refuge at Kangra. It is also believed that the Gorkhas set this fort on fire and had it totally destroyed. 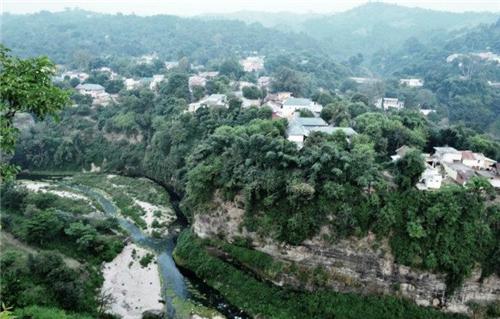 How to get to the Fort

There is no straight road to the fort; what is more, the fort is not even visible from the main road. To reach there, one has to walk through the jungle for quite some time and hence it is wise to employ a local guide who knows the way. Moreover, one should be ready for steep climb through hilly tracts and be suitably dressed.

On the way, one will come across a narrow gorge, which will ultimately lead to the fortress. A few houses can also be seen scattered here and there. After some time, one comes across a very old temple with ancient architectural style. The place is all quite and beautiful. One can rest for some time here and try o imbibe the beauty and tranquility of the place. 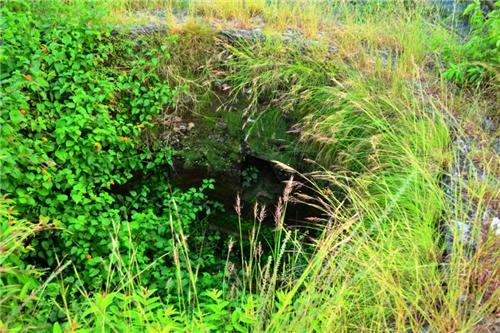 It is now time for upward climb.  However, it will not take that long to reach the fort. One can soon see its walls looming large in front of the eye. Such walls measure something around fifty to sixty meters. However, there is no roof to cover them. Natural as well as human intervention had left the fort what it is today. What was spared by the fire was lost in the hands of looters. Indeed, rumor of stacks of gold buried in the fort had made it vulnerable at the hand of the robbers. Nature too has been very unkind to it. In short, what was once the abode of brave men and women is now the dwelling place of animals and birds.

There also exists a tunnel that runs from the top of the fort to the opposite bank of the gulley. It had probably been dug for emergency exit. May be Sansar Chand used this tunnel when he left the fort for the last time.  The grander of Mahal Morian can only be appreciated if one has time to contemplate and is able to visualize its past glory.