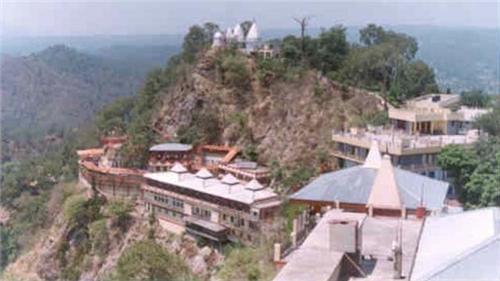 It is said that Hamirpur derives its name from Raja Hamir Chand of the Katoch dynasty. He is said to have ruled over this region from 1700 AD to 1740 AD. According to the hearsay he built a fort, which over the period turned into a prosperous township. However, some believe that the fort was actually built by Raja Sansar Chand somewhere between 1775 and 1823.  Nonetheless, the township that we know today is located quite a few kilo meters away from this fort.  It now lies at 31.68 degree North and 76.52 degree East on the Shimla-Dharamshala Road.

May be the township was shifted to the present location because of infrastructural necessities. Located to the east of Jhak Dhar, Hamirpur town presents an undulating landscape, which is bordered by Hatli and Jamli Khad.  Indeed, the present location not only allows the township to spread, but also offers other facilities so essential for modern life. However, this does not mean that Hamirpur is a new city built according to a plan. A glance at its Main Bazar will tell you it is an old town that has grown up haphazardly.

The Main Bazar Area of Hamirpur

The Main Bazar area consists of a circular road that starts from Dayanand Chowk. Hospital Chowk, JP Chowk and Dev Paul Chowk are also located along this road. The roads here are so narrow that heavy vehicles are not allowed in this area. It is approachable by light vehicles, but as in rest of the town, walking is the best mode of transport here. Indeed, the area is crowded and may be a little dingy too; but if you can overlook that you might find treasure troves lurking here.

As it is, this Bazar offers everything that one may need in the daily course of life. From groceries to clothing, medicines, jewelry, general merchandise, eatables - everything is available in this Bazar. Most of these shops here are into retail business while some are actually wholesalers. Moreover, this area also houses a number of banks, offices, hotels etc. Some important building in this area is Tehsil Complex, Auyrvedic hospital, PDW Rest House as well as the Interstate Bus Terminal. While the Tehsil complex was built in 1888 during British rule, others are more recent construction.

The Bus Terminal in the center of Hamirpur

The inter-state bus terminal occupies an area of 4762m and has a provision of accommodating 45 buses. However, the number of buses that ply through this bus stand is much higher. By rough calculations, more than 1600 buses depart from this bus stand in the course of the day and five buses leave for different destinations every two minutes during the peak hours. There is however, a plan to shift this bus stand to a more convenient location. 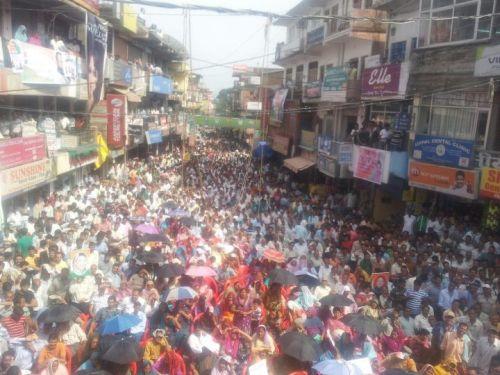 Gandhi Chowk is another important locality in Hamirpur.  This area too houses a number of shops. Apart from that, there are two big shopping malls as well as two cinema halls. While Antariksh Gold Miniplex is located on the 3rd floor of Antariksh Mall, ARV cinema is located on the 2nd floor of the Gurukul Mall. Other than commercial activities, this area also witnesses many socio-political agendas. In all, this is one of the liveliest areas of the town.

Other Important Localities in Hamirpur 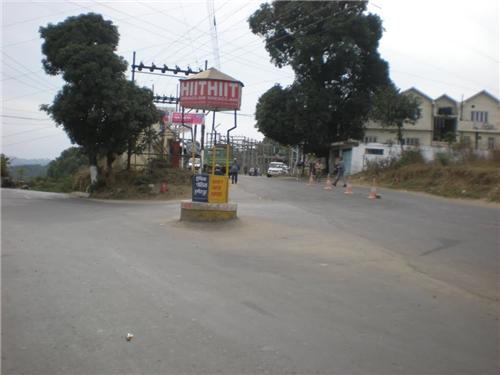 Agricultural Colony, which houses the Zonal Hospital, is another important locality of the town. It also houses a number of commercial as well as residential buildings. Nearby, we also have Pratap Nagar, Heera Nagar etc.

It has to be understood that the town is spreading outwardly along NH 70 towards Tauni Devi and Nadaun; along NH 88 towards Bhota and along State Highway-39 towards Sujanpur. Dhaneta and Jahu Roads too are undergoing rapid urbanization. If this growth rate is sustained, the Hamirpur may very soon become one of the major towns of Himachal Pradesh.