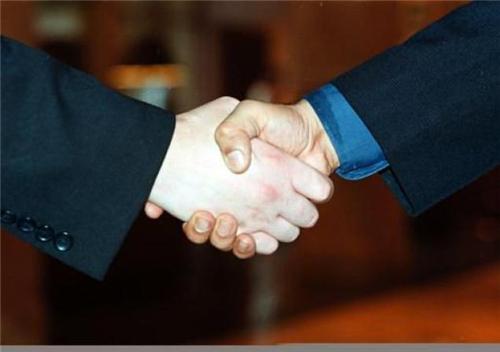 Although Hamirpur has a vast network of roads, adequate electricity as well as suitable human resources, industrialization in the true sense of the word, has bypassed this district. In whole of Hamirpur, there is not even a single large or medium scale industry. Lack of mineral resources can be one reason for that.

More importantly, because of the nature of soil formation, ecology always gets preference over industry. Every industry has to be cleared by Environment Protection Organization before it can set up their unit anywhere in the district and this also acts as a deterrent.

However, a number of smaller units have opened their factories in Hamirpur. According to the 2000-2001 censuses, there were 940 small and cottage industry, 40 handloom units as well as 150 khadi and village industries in the district. However a more recent study has found 2767 registered industrial units in Hamirpur. Unfortunately, these small scale industries do not have that much employment potential. The average number of daily workers employed by them is very low.

Industrial Estates and Clusters in Hamirpur

Of late, a few electronic companies have opened their units in Hamirpur. The pollution free atmosphere of the district is indeed very suitable for such industries. To aid industrialization of the district, the government has created two industrialized zone; one at Hamirpur township and other at Nadaun. . Moreover, industry-specific clusters are also being grown all over the district.

The industrial estate in Hamirpur consists of 22 Bighas (1.7798 Hectare) of land. The estate consists of twenty-four plots, each of which has been sold out. According to the available statistics, 14 of them are in operation. In Nadaun land allocated for industrial unit is 10 bigha, which is about 0.809 hectare. Total number of plot is fourteen while twelve of them are in operation.

Details of small-industries in Hamirpur

At present the majority of the small-scale industry is agro based. According to government notification, as on 31st March 2012 there were 333 such units in Hamirpur. Next are the metal based products; according to the same notification, there were 233 units producing steel based products prior to 31st March 2012. At the same period textile industry accounted for 68 units. These units mostly dealt in silk, woolen and artificial thread based clothes. Factories producing wooden furniture, paper and paper products, leather products, metal based products also number reasonably high.

Experts are of the opinion that there is tremendous scope for service industries in Hamirpur. That is because in spite of lack of major industries, economic condition of the town as well as the district is quite satisfactory. This is proved by the fact all major banks have opened their branches here. According to one account, there are 55 such branches and the number is growing every year.

The economy of the district mainly depends upon agricultural products. Out of a total area of 1,118 km², 36,118 Hectares is under cultivation. Wheat is the main crops here. Horticulture is also practiced in the district. Animal husbandry is another important source of income in Hamirpur. Cows, buffaloes, goats, pigs etc are reared by the residents of the area for commercial purpose.

However, the army is the biggest employer of this region. Soldiers from this area form a bulk in different regiments such Dogra, Jakrif and Granadiers as well as in paramilitary forces such as Assam Rifles. Other than that, many are employed by the innumerable educational institutes that have opened campuses in Hamirpur. Government departments too offers substantial amount of employment. Tourism industry too is a good source of income for many.