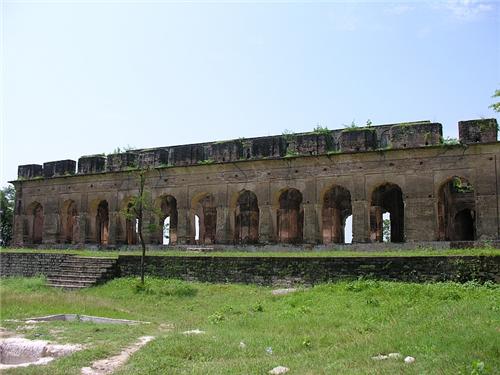 Until 1972, Hamirpur was a part of Kangra district and hence, the history of Hamirpur is essentially intertwined with the history of Kangra. In the Puranic era, the whole area was known as Trigarta. The kings of Trigarta are known to take part in the war of Kurukshetra against the Pandavas. It is also said that while the Pandavas were living in the kingdom of Virata in disguise, the Trigarta kings had accompanied Duryondhana in their excursion against Virata. However, it is not exactly known if these kings, who fought against the Pandavas belonged to the Katoch dynasty or not.

The Katoch Kings of Hamirpur

It is however, beyond doubt that Katochs had been ruling this part of the country since time immemorial.  They are said to be of Chandrabansi Kshatriya lineage. The researchers have recently claimed that “this dynasty is not only the oldest ruling clan of India but also the oldest dynasty of the world and its founder, Adipursha, had come from Mongolia about 11,000 years back”.

However, the popular belief is that the Katochs were actually the descended of the Ghototkach, the son of second Pandava Vima and his non-Aryan wife Hirimba. Contradicting this theory, the researchers are now saying that this dynasty is 8000 years old. A recent seminar held on this subject concluded that at least three hundred Katoch kings had reigned over this area prior to the Mahabharata War and the present scion, Aditya Dev Katoch, is the 488th member of this lineage. A third school of thought however believes that the great king Rajanka Bhumi Chand had founded this dynasty in 4300 BC.

Hamirpur since the invasion of Alexander the Great 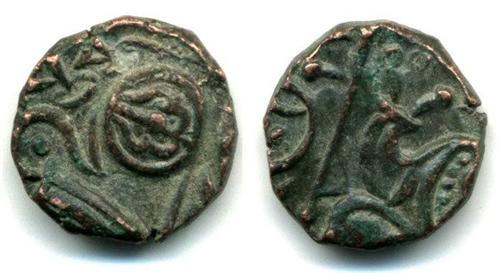 It is natural that a dynasty as old as this will have its origin shrouded in mystery. Let us therefore, concentrate more on recent past. After the Mahabharata age, we find the mention of this clan during the time of Alexander the Great. When Alexander attacked India, Katoch kings were the rulers of Kangra.  However, their reign over the area has been interrupted off and on.  In the Gupta Period, the area became a part of the Gupta Empire. Later, Mohammad Ghazni and Timurlong attacked this area, killing the inhabitants and plundering wealth from its rich temple. Some of Sultans from Delhi too had also tried to reign over this area.

Indeed, the Middle Ages have not been very kind to Hamirpur and its adjoining area. Other than above mentioned rulers, Ranas from neighboring Mewa, Mehalta and Dhatwal also tried to exert control over this area. Worst of all, these Ranas were forever quarrelling among themselves resulting in anarchy and sufferings for the subject. The need of the hour was a strong king who would be able to unite all forces and establish the rule of law. Fortunately, by that time, Katoch Kings had become strong enough to subjugate these quarrelling chieftains and establish peace in the region.  Notable among them was Raja Hamir Chand.

Raja Hamir Chand, who reigned over the area between 1700 and 1740, was a strong king. Hamirpur has derived its name from him. He built a fort here. However, the area came into limelight during the reign of Raja Sansar Chand II (1765 – 1823). 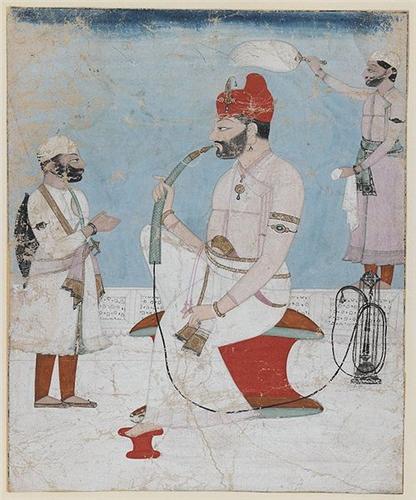 Raja Sansar Chand II shifted his capital to Sujanpur Tira in Hamirpur district. The Tira was already established by Raja Abhay Chand in 1748 AD. Sansar Chand however developed the area further and built many palaces and temples, which draw huge number of tourists every year. He was a benevolent ruler working in the interest of his subjects. Canals dug for irrigation purposes carry his name even to this date.

Raja Sansar Chand was a big dreamer and dreamt of extending his kingdom to Jalandhar, which his ancestors had held one day. However, the rise of Ranjit Singh of Punjab proved to an obstacle in realizing that dream. Unsuccessful at his endeavor, he now focused his attention on the local chieftains. He annexed Mandi and subsequently ruled over a large part of the area, which we know as Himachal Pradesh today.

The Battle of Mohal Morion

Alarmed by his progress, the chieftains gathered together and tried to resist him with the help of Gurkhas. A fierce battle was fought at Mohal Morion in Hamirpur at the end of which Sansar Chand’s army came victorious. However, he tried to reduce the cost of his army by replacing his existing soldiers with Rohilla worriers. This was actually a wrong move. His enemies gathered once again in 1806 and the Second Battle at Mohal Morion took place. This time Sansar Chand had to face a crushing defeat. He escaped to the Kangra fort.

However, the Gorkhas lay siege on Kangra fort and this continued for three long years. Ultimately, he requested Raja Ranjit Singh to help him. Although Ranjit Singh drove away the Gorkhas, he took over Kangra fort and adjoining villages. This happened in 1809. Since then, Kangra, along with Hamirpur and Una had been a part of Punjab province. 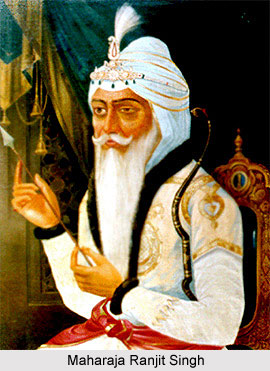 The first Anglo-Sikh war, which took place in 1846, saw another change of guard. This time, the British forces defeated the Sikhs and took over the entire area. Meanwhile, Raja Pramodh Chand, the grandson of Raja Sansar Chand, tried to drive away the British with the help of the Sikhs; but he was unsuccessful in his endeavor. British sway over the land was firm. They brought about many changes in the area reorganizing the boundaries and creating new districts and tehsils. However, the importance of Hamirpur town in the administration of the area was never ignored.

Hamirpur along with Palampur and Kangra tehsil remained with the state of Punjab until 1966. On first November of the same year, all these three tehsils were merged with Himachal Pradesh. Hamirpur became a part of Kangra district.

Later in 1972, a separate Hamirpur district consisting of Hamirpur and Barsar tehsil was created. Further reorganization saw the creation of three more tehsils. Presently, the district has five subdivisions; namely Hamirpur, Barsar, Nadaun and Bhoranj. However, Hamirpur’s glorious past can still be felt in every walk of its life even today.