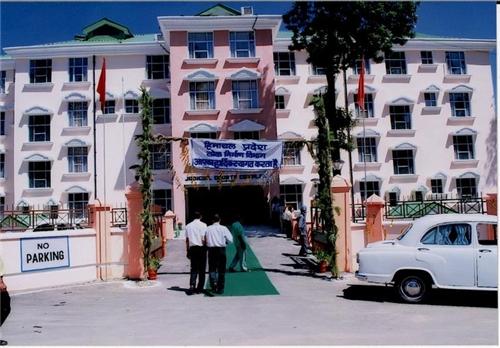 To administer justice at the district level, each district in India has one District Court. However, in special cases, two or more districts have to share one District Court. Indeed, where the number of cases is small or the population density is too low, one court covers more than one district. In general such courts operate under the jurisdiction of the state High Court. Since Hamirpur is the headquarters of a district of the same name in the state of Himachal Pradesh; it too has a District Court under the administrative control of Himachal Pradesh High Court.

History of District Court in Hamirpur

However, Hamirpur did not always have a District Court of its own. Those who are aware of history of Hamirpur should know that historically, the area was part of the Kingdom of Kangra. During the British era, it became a part of Punjab Province. When in 1966, the Government of India decided to reorganize the states on the basis of language spoken by the majority of the population Hamirpur was rejoined with Kangra and became a part of Himachal Pradesh. During that period most of the cases pertaining to Hamirpur was settled at Civil & Sessions Division Kangra at Dharamshala. The town had only one court of Sub Judge 1st class.

Hamirpur became a separate district in 1972. However, at that time, it did not have any separate district court. All judicial cases had to be referred to Civil & Sessions Division at Una. The court however, decided all these cases by holding a Circuit Court in Hamirpur.

The next landmark year in the judicial history of Hamirpur is 1976. That year, the Court of Sub Judge 1st Class was converted into Court of Senior Sub-Judge-cum-Chief-Judicial-Magistrate, Hamirpur.  However, it took another nine years before Civil and Sessions Division could be established in Hamirpur. Today, the town has nine courts within the above mentioned Division.

At presents courts within the Civil and Sessions Division Hamirpur are as follows:

The head of the Civil and Sessions Division in Hamirpur is the District and Sessions Judge. He is a cadre of the Himachal Pradesh Higher Judicial Service. His duties are as follows:

Apart from the District and Sessions Judge, the Court also has the following posts:

Explore more about Administration in Hamirpur