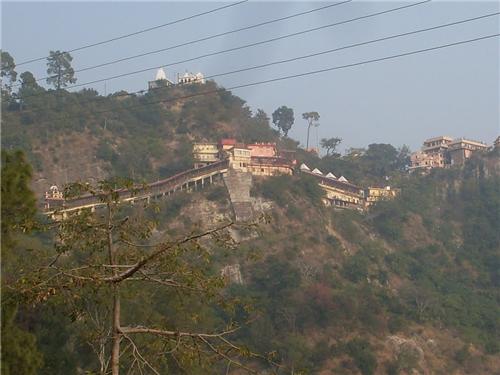 Some say that Baba Balak Nath is the incarnation of Dev Kartikeya; others believe that he is Lord Siva Himself. However, to a great percentage of his devotees, it does not really matter whose incarnation he really is. They only know he is the protector of all those who have taken shelter in his name. That is why we find Baba Balak Nath temples located all over India. Among them, the one at Deot Sidh in Hamirpur district holds special significance. It is here that he had done major part of his penance and bestowed his blessings on his disciple.

Baba was born in Junagarh in Gujarat. His father’s name was Pandit Vishnu and mother’s name was Laksmi Devi. According one version, his childhood name was Dev while another version says, it was Bal Shiva. There is also an ambiguity about why he left home. Some say he did so to avoid being dragged into family life while other says that it was because his mother scolded him. Nonetheless, both these version agrees that on leaving home he headed for Vrindavan. There he met his teacher Dattatreya and became his disciple.

While Baba was living with his Guru at his ashram at Girnar a strange incident happened. A woman who had lost her child came to Dattatreyas ashram, begging him to bring back his child. Dattatreya sent all his disciples in search of the child. Bal Shiv found the child in the clutches of a demon;. He then killed the demon and brought him back to the ashram. Pleased, his Guru renamed him Balak Nath, the savior of little boys.

On the Way to Himachal

Balak Nath studied scriptures and underwent penance under his Guru Dattatreya for twelve long years. After that, as was the practice, he set off on his own. He first went to Haridwar; from there he went to Tijara, Vrindavan and Delhi. Finally he settled down in Shah Talai in Hamirpur, Himachal Pradesh.

The Story of Shah Talai

At that time, Shah Talai was known as Changer Talai. There he underwent penance under a banyan tree and side by side grazed cattle for Mata Ratno. In return, Ratno Mai used to leave Chapattis and Chach for him under the tree at the place of his meditation. This went on twelve long years. His fame spread far and wide when he brought rain to mitigate a near famine situation and bring relief to the farmers of that region.

However, soon the villagers started complaining to Mata Ratno that her cattle were destroying their crops. Although she ignored this in the beginning, she was at last forced to rebuke Baba for lapse in duty. Baba showed to the villagers that their crops were intact. At the same time, he decided to leave this place.

Mata Ratno tried to restrain him by saying that he must first compensate her for all that she had fed him. Baba threw his trident at the ground and lo! All the chapattis that she had supplied for so many years came out of it. Babaji threw the trident once more and this time the chach began to ooze out of the earth. He then left for the hills. Because chach came out of the ground, the place began to be known Chah talai, which over the years became Shah Talai.

Deot Sidh is located in the lap of Deot Sidh Dhar Range of the Shivalik Mountains. From there, one can see snow-capped Dhaula Dhar Range standing erect. It was indeed, the right place for meditation and so Baba found a natural cave and began to live there. Today the Deot Sidh Temple Complex is centered on this cave. An idol of Baba Balak Nath has been installed there. It is customary to offer rot made out of wheat flour and juggery to Baba. Goats are also offered to him; but such goats are not to be scarified. Instead, they are well fed and taken good care of.

However, women are not allowed inside the shrine. The temple authorities have constructed a raised platform for their benefit. Ladies can stand on this platform and have Darshan of Baba with their heart’s content. However, most of the time, it is too crowded to do that. 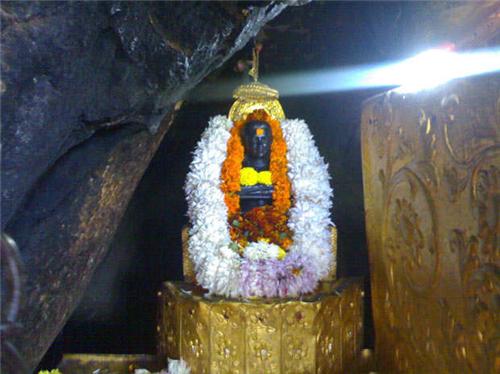 Other than the Sundays, the Navaratri draws a huge number of devotees to Deo Sidh. Holi is also a good time to visit this temple. At that time, a fair is arranged by the temple authorities. Moreover, a Chaitra Mela is also organized from 15th March to 15th April at Shah Talai.

There are both government tourist lodges and private hotels at Deot Sidh and Shah Talai. Among them, the Hotel Deot Sidh is run by Himachal Pradesh Tourism. Some other private hotels are Hotel Shivalik, Hotel Green Valley, Hotel Anand, Hotel Pankaj etc. Their tariff ranges from Rs. 300 to Rs. 2500. Yatri Niwas and Dhramshalas managed by temple authority are also available on advance booking. During festivals, the authorities also set up camps to accommodate the rush of devotees.

How to get to Baba Balak Nath Temple

Deot Sidh is well connected by network of roads to different parts of Himachal Pradesh such as Hamirpur town, Bilaspur, Una, Shimla etc. The nearest Railway station is Una while the nearest airport is Chandigarh and Guggai in Kangra district.

Note: The queue is longer on Sunday:

Indeed, the Deo Sidh temple is thronged by his devotees throughout the year. However, Sunday is said to be most auspicious day for visiting the temple and hence on this day, the queue is generally longer. People often visit Shah Talai on Saturday and after spending the night there they come to Deo Sidh on Sunday. It is said that visit to Deo Sidh is not complete without visiting the Tapasthali in Shah Talai first. Incidentally, Shah Talai is located at a distance of six Km from Deot Sidh and is well connected by road. There is also a proposal to build a ropeway connecting these two holy shrines.